Richard Lui - Emcee for Lunar New Year Celebration on Februray 6, 2010 at The Palace 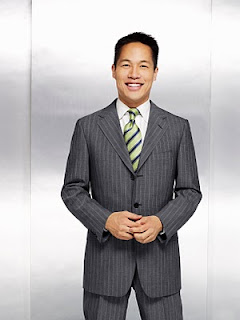 Richard Lui is a news anchor for HLN, serving as an anchor for the network’s late morning programming and as a news correspondent for Morning Express with Robin Meade. Based in CNN’s world headquarters in Atlanta, Lui joined CNN in 2005 as an anchor for CNN.com.

Since joining CNN, Lui has anchored live coverage of major breaking stories including the Virginia Tech shooting, the Hezbollah-Israeli conflict, the Mumbai train terrorist bombings and the Enron guilty verdicts. Lui’s reporting has also taken him to Singapore to research container scanning technology at the world’s busiest port and to Indonesia to examine underage sex slavery and the economic effects of the 2002 Bali bombings. His recent field reporting focused on the implications of terrorist activity and strategic efforts to counter the use of improvised explosive devices (IEDs). Lui also leads HLN’s morning “Election Connection” coverage throughout the 2008 election season.

Before joining Channel NewsAsia, Lui spent 15 years in business, most recently serving at Blink Mobile, where he and his co-founders developed a patented process for the launch of the first bank-centric payment routing network. His business career focused on new venture creation in various management capacities at firms such as Citibank, Mercer Management Consulting and Lazarus Data Recovery. Earlier in his career, he had multi-year stints during the early growth stages of Mrs. Fields Cookies, and QED, an international oil spill clean-up equipment manufacturer.

Since 1985, Lui has volunteered at community organizations including the American Indian Healing Center, the Red Cross and the YMCA. He is also a pro bono management consultant to non-profits through an organization called Community Consulting.