Richard Lui- Emcee for Lunar New Year Celebration on February 5, 2011 at The Palace 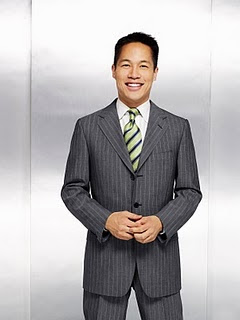 Richard Lui is a dayside news anchor for MSNBC. Prior to joining MSNBC, Lui was anchor for the 10am ET edition of Morning Express on CNN Headline News. He led the network's morning political coverage,
reporting daily from 6 to 10am ET on the Robin Meade show.

Lui has desk anchored live, rolling coverage of breaking stories such as the Virginia Tech Massacre, 2006 Hezbollah-Israel War, Mumbai train terrorist bombings, Mumbai Hotels Siege, and Enron verdicts. Lui is the first Chinese - and only Asian-American - male anchoring a daily national newscast. Before moving to network news in 2003, Lui worked for 15 years in international business across five industries. Most recently he and his cofounders started the first bank-centric payment system in a 2003 Citibank carve-out.

Outside of his journalism and business careers, Lui has been active in community service for 25 years. He is a pro bono strategy consultant and board member for non-profits in homeless and affordable housing. Lui also keynote speaks on topics such as career innovation and overcoming adversity. Lui has worked, lived, and studied in Europe, Asia, and the U.S, where he currently resides.
Email ThisBlogThis!Share to TwitterShare to FacebookShare to Pinterest
Newer Post Older Post Home