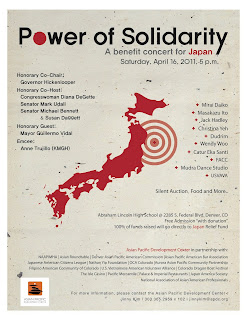 Join Asian Pacific Development Center and the Denver API Community to support Japan at
"Power of Solidarity: A Benefit Concert for Japan".

It will be an evening filled with multicultural performances, Asian finger food, and much more!