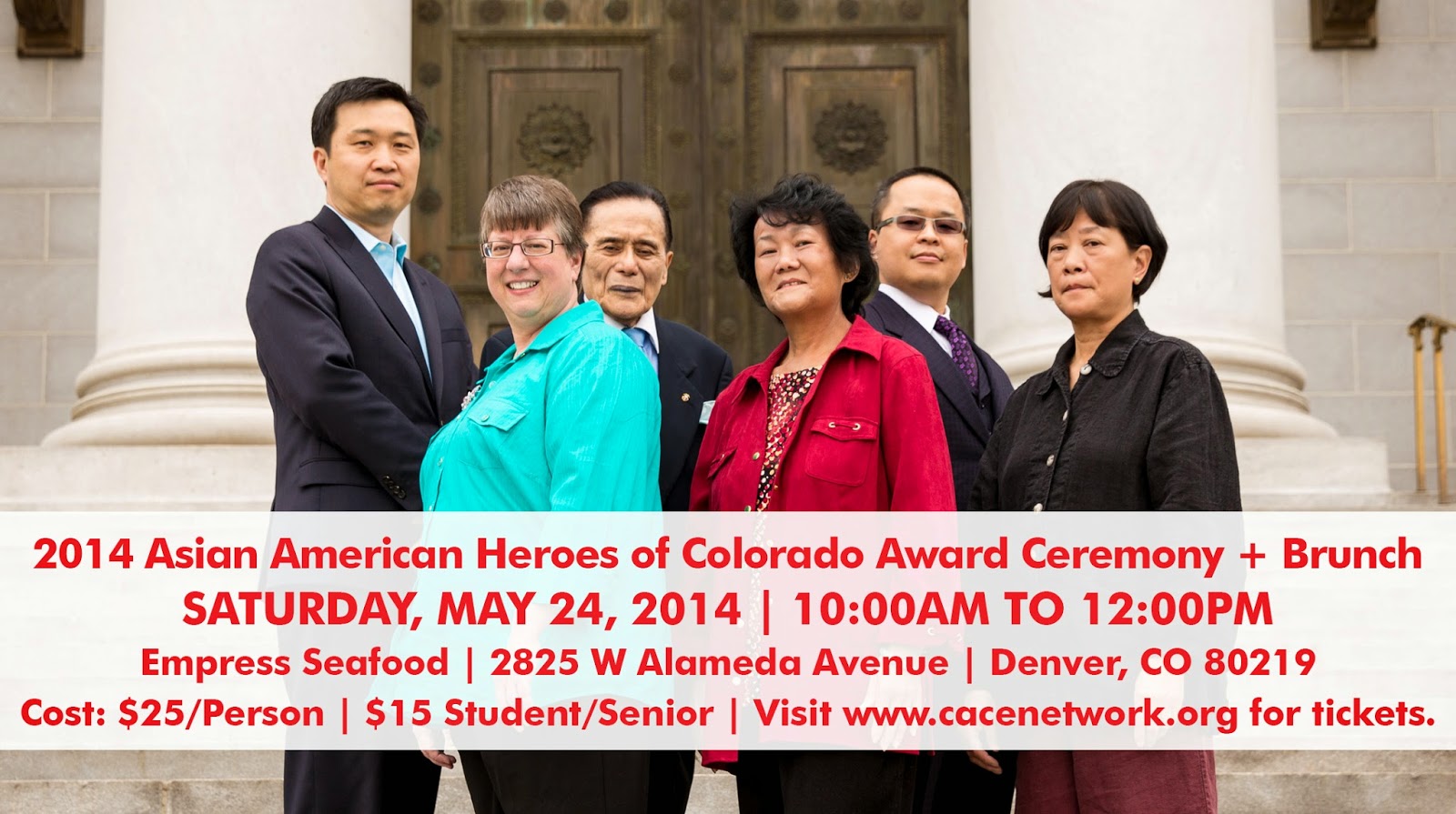 Now in its 6th year, we honor deserving members of the Asian American community, the unsung heroes, the shining stars, the selfless leaders at the 2014 Asian American Heroes of Colorado Awards Ceremony.

Each selected hero will be presented a certificate of recognition and be featured in the May cover story of Asian Avenue magazine.